The first Nawi radiotelescope was designed to operate in the C band, which goes roughly from 4.0 to 8.0 Ghz. This is the band allocated to free-to-air satellite television, which means we could use surplus TVRO dishes and electronics to build the receiver. We initially developed a band C receiver that would be installed near the university's optical observatory at Serra da Piedade.

The nawi is a super-heterodyne receiver, i.e. it downconverts the incoming signal to a lower intermediate frequency (IF) before going to the detector. This function is performed by the LNBC (low-noise block downconverter),  a combination of low-noise amplifier, frequency mixer, local oscillator and IF amplifier mounted on the focus of the dish. The band C LNB converts the 3.4-4.2Gz input band to 950-1750 Gz by mixing it with a 5.15 Gz frequency from a local oscillator. The LNB quality is measured by the amount of noise introduced during the amplification phase, the lower the better.

After downconverting, the signal goes to our reception circuit, which includes a tuner and quadratic receptor. The tuner is a bandpass filter that can be used to select a small window of the incoming signal for integration. The signal is applied to a square law detector using a germanium diode, generating a DC signal proportional to the power of the input. 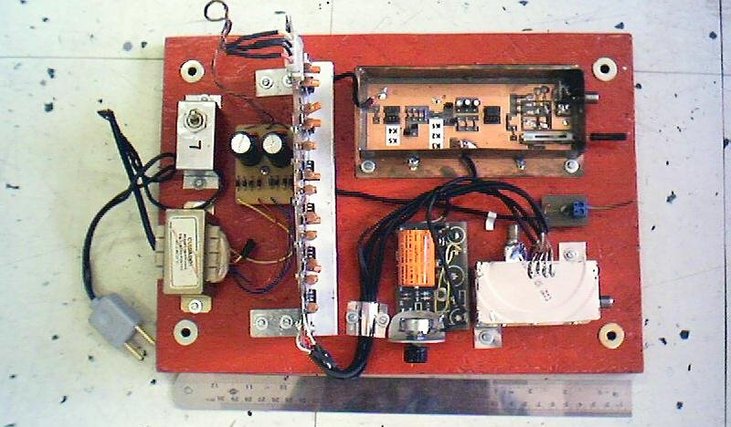 Our C band receptor and tests with our 3.1 test antenna.
With this setup was able to observe strong sources such as the sun and the mikyway. 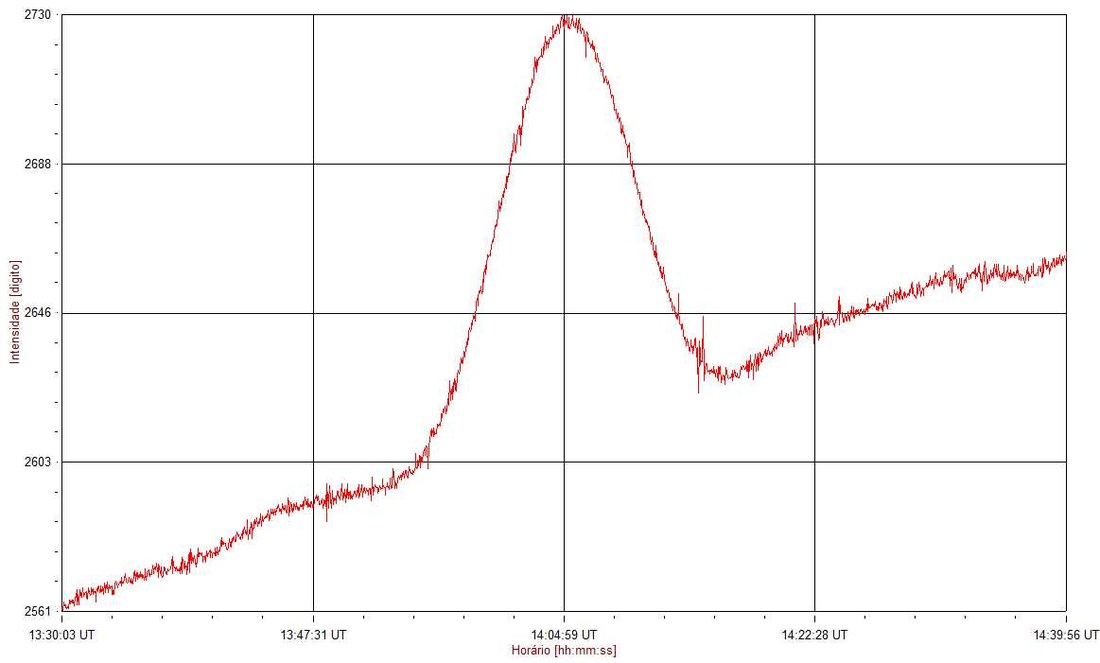 After the tests, we started the assembly of the antenna at the Serra da Piedade observatory. 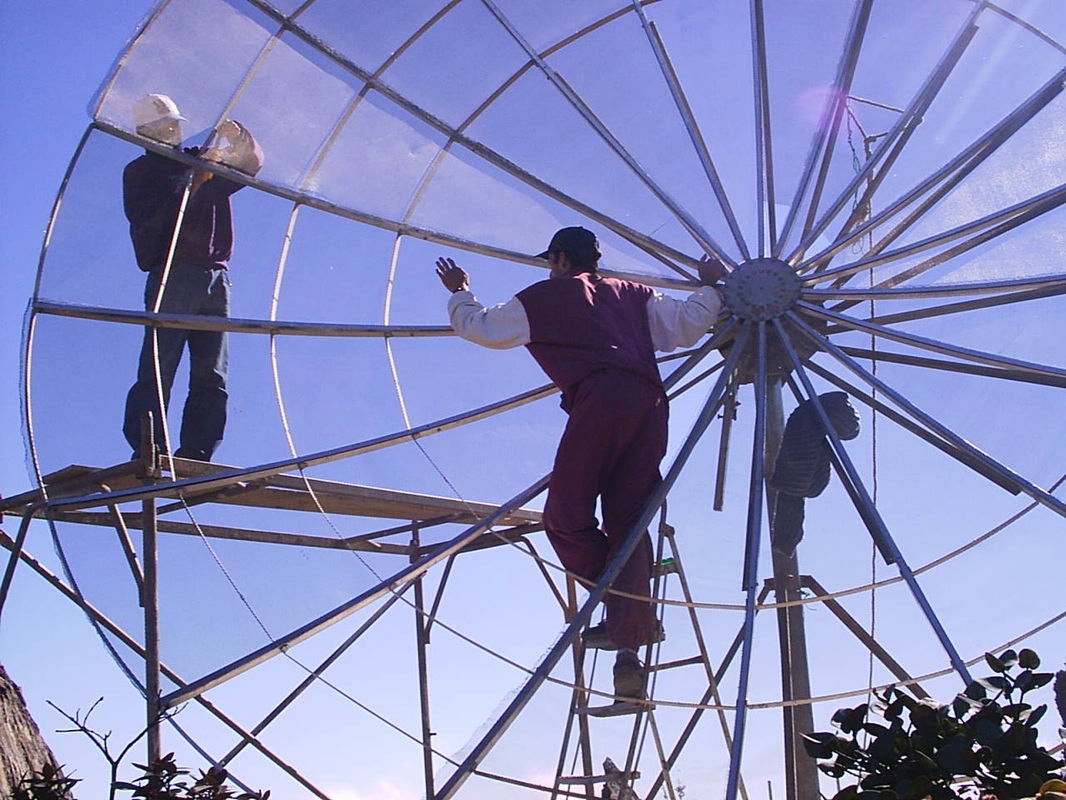 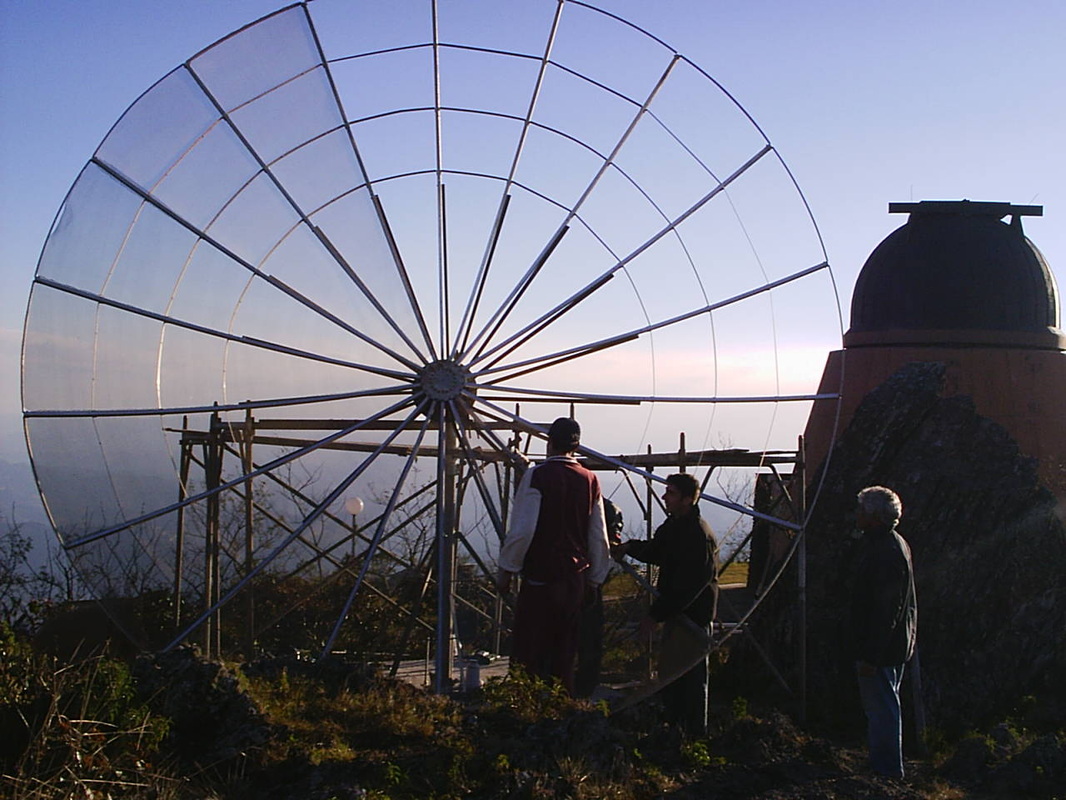 Assembling of the C band antenna
Some time after these photos were taken, even before we could transfer the  receptor to the new site, the antenna was inexplicably blown by the wind. It damaged the structure a lot and effectively killed our C band project. :(