​Multiple Realities is a 5-10 minutes audio-visual performance generated by an interactive multi-agent system. The system supports musical expression by dynamically generating patterns and progression through an emergence process. Architecturally, it consists of three components: a generative director, a visual generator, and an audio generator. The system can play autonomously from an initial configuration or used online, with a performing guiding and adjusting the system evolution. Unlike most multi-agent systems, the agents here are inspired by the dynamical hypothesis of cognition. Self-organization appears as the result of coupling of many simple dynamical systems by means of short-range interactions. 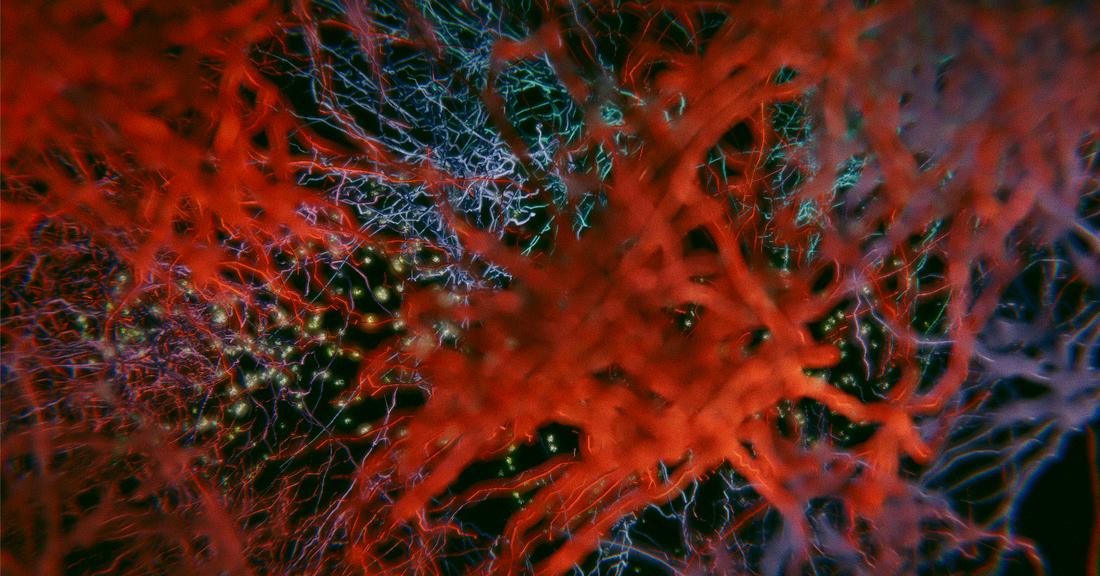 ​The dynamical hypothesis of cognition regards it as the result of the evolution of a system in the space-state. Interestingly, connectionist systems often mentioned in the context of intelligent agents, can also be viewed as a realization of a dynamical system. In this case, we view the trained network as one specific configuration of the “activation space” that leads to the problem solution. Self-organization can also appear when ensembles of dynamical systems are coupled through short range interactions. This configuration has been used to investigate emergence from primordial soups of large macromolecules and has been linked to the origin of inference capabilities.
​The agents exist and move in 3D space. In every time step, the agents move close to another agent within the visibility radius. If they get too close, they slowly move apart until a predefined separation distance is reached. Agents also grow and pulsate following the internal evolution of the dynamical system. When an agent gets in contact with another, there is a 50% chance that a cross-over will happen, effectively switching the parameters of involved dynamical systems. This causes each agent to move to a different part of the state-space and potentially initiate other exchanges.

The evolution and state of the agents can be used to generate music and video.
​The system developed for the Multiple Realities performance consists of three components: a generative director, a visual generator, and an audio generator. The system can be configured in real-time or in the beginning of each performance (if desired) to yield unique experiences.

Dynamic parameters for the agent behavior are: